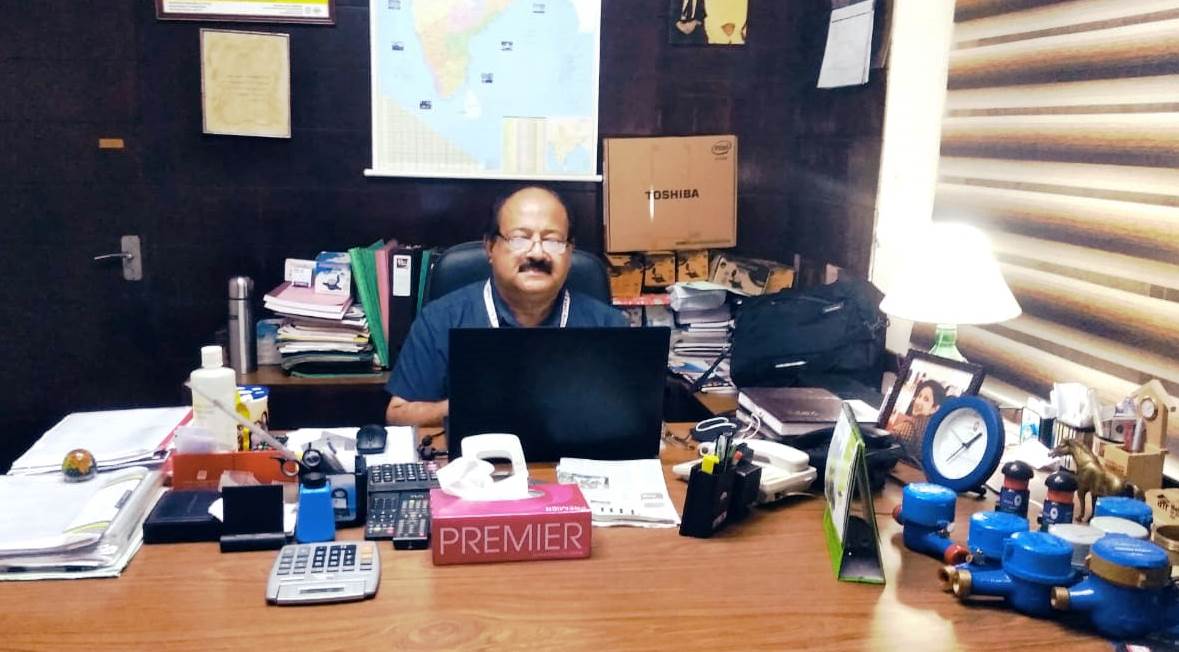 Tagline: Water is precious, conserve it for future

The story of Anand Water Meter can be traced back to 1963 in Kochi, the commercial capital of Kerala. It was the brainchild of C L Anand, a visionary entrepreneur from Kapurthala of Punjab, who had been known for his hardwork and futuristic thoughts. Anand water meter started operations based out of SIDCO industrial area at Palluruthy in Kochi. The water meter brand took off its journey with technological collaboration with a leading    Japanese water meter brand Asahi. Actually, the brand ANAND ASAHI was the result of the association between these two partners. C L Anand also played an instrumental role in the development of Kerala’s manufacturing sector by setting up two iconic manufacturing units in the state, that too in the early 1970s, after the emergence of Anand Water Meter Company. One was Toshiba Anand Lamps in Athani and the other was Toshiba Anand Batteries in Kalamassery. Pradeep Anand is the owner and chairman of Anand Water Meter Co (P) Ltd and Joseph George Vadakkel is the company CEO.

Why Kerala, God’s own country?

Why did C L Anand come to Kerala for his entrepreneurship innings? The reason was Kerala’s highly skilled labourers and the availability of educated employees. Both were crucial factors for the success of any kind of business.

The secret behind brand logo

The Japanese meaning of Asahi is ‘morning sun’. From this, the brand logo of Anand Asahi has come up. The tagline also assumes great significance, according to the company’s CEO Joseph George. Water is precious, conserve it for the future-this is the tagline of Anand Asahi, a message that matters amid the great water crisis the world and India are facing today.

The objective behind such a tagline is making people aware of the water challenges prevailing in this era. India has around 18% of the global population but sadly has only 4% of the global water resources. There is a big disparity in demand and supply.

“Our branding strategy has been very simple since the time of inception. We have a policy of never compromising on quality at any cost. Providing the best product at an affordable price is our motto. That is exactly what we have been striving to do for nearly  six decades ” Joseph George makes it clear. According to him, the company has also made strong sales & dealer networks over the course of time, and offers great after sales service. “AWM are the pioneers in the water meter industry. We are the first brand to get an ISI certificate in the industry and also the first brand to export a product in this sector. The strategy is to move on along with time and bring in new innovations and changes at par with the best in the world –for which we have very experienced engineers and R&D team at our factory. Our new wireless AMR smart water meters are a testimony to that endeavour.”