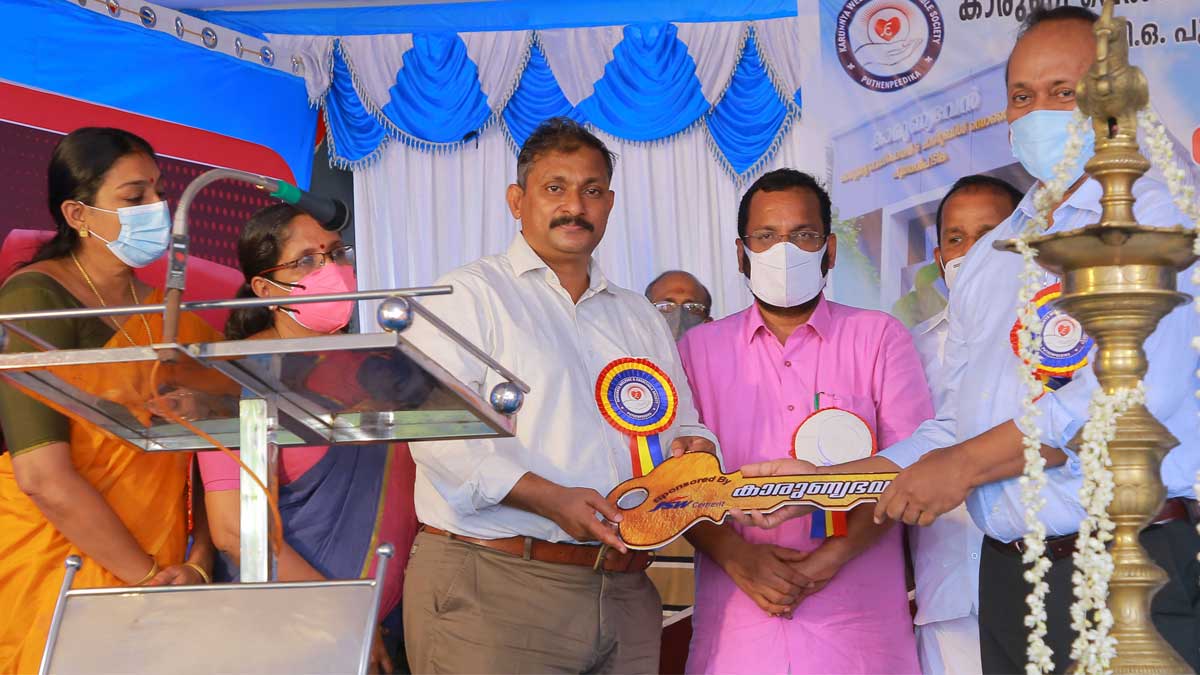 JSW Cement’s CSR fund helped Puthenpeedika, a village in Anthikad grama panchayath in Thrissur, build a palliative care centre. Karunyabhavan, the newly built two-storey 2000 sq ft centre set up by Karunya Welfare and Charitable Society, was inaugurated by Kerala’s Minister for Revenue K Rajan on Sunday. A Palliative Clinic, part of Karunyahavan, was also opened by T N Prathapan MP on the occasion. Jovi Joseph, JSW Cement State Head and AVP, handed over the key of the first floor of Karunyabhavan to the office bearers of Karunyabhavan. Mr. Joseph also handed over a medical bed, wheelchair and oxygen concentrator to Karunya.

In his introductory speech, Sreemurugan Anthikad, Secretary, Karunya, said the new building was built on the property donated to the Society by Chiramel Padinjarathala family. First floor of the 2000-sq ft building was built using JSW Cement’s CSR funds while the second floor was built by crowd funding. “Normally, corporate CSR funds support such efforts in urban areas while JSW Cement was kind enough to help build Karunyabhavan in Puthenpeedika, a village 18 kms from Thrissur, the district headquarters,” he said.

Karunya Welfare and Charitable Society has been active in palliative care since the last 9 years in gram panchayats including Anthikad, Thannyam, Chazhoor and Manaloor in Thrissur district though it did not have its own center to offer its services. Karunya offers homecare services in addition to supporting financially-challenged families of bed-ridden patients with food kits, medicines and educational support to their children. It also helps in changing catheters, supplying wheelchairs and organizing medical and blood donation camps. The society also runs a Jan Oushadi pharmacy in Anthikad. Mr. Sreemurugan also said during the peak days of covid, the society also helped hundreds of patients with free dialysis. Now, with its own building becoming a reality, the society wants to set up a cardiac clinic, mammogram unit, clinical laboratory, day care centre for the elderly and a physiotherapy unit in the region.