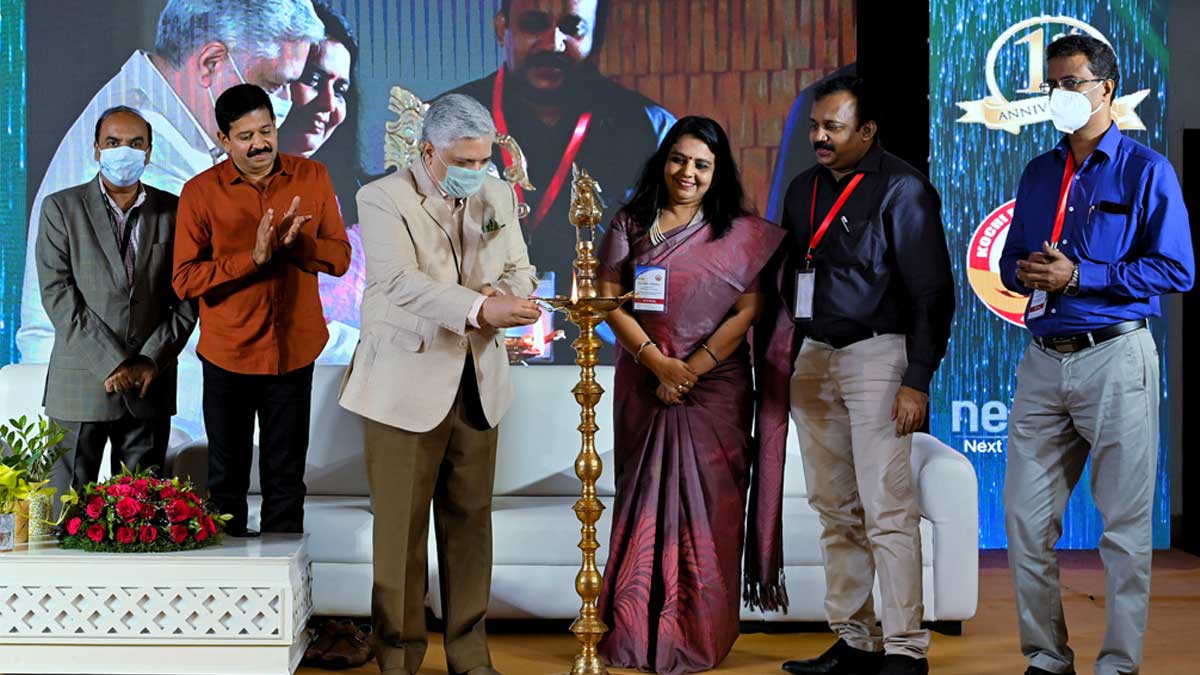 Kerala High Court Judge Justice Devan Ramachandran on Saturday exhorted teachers to carefully take the students in the transition from ‘machine learning’ to offline classes after a gap of one and a half years.

“Students will start coming back to schools from November 1. It may be a trickle initially. All parents may not be willing to send the students to schools. Don’t pressurise anybody to come to school. If everything goes smooth, schools will be back to normal by December,” Justice Devan Ramachandran said while inaugurating the first anniversary conclave of Kochi Metro Sahodaya at Ramada Resort here.

“We elders are all possibly vaccinated which is not the case with the children, hence we have to be careful. I came to know about the soft reopening of a school recently where students flocked and tried to share lunch and water. So you have to be careful in this transitional period and make students aware of the safety aspect,” he said.

Justice Devan Ramachadran said that teachers will have a tough time tackling five six and seven year old children who haven’t yet seen the school. “They have seen only the smiling faces of teachers on the computer screen. They have to be brought to the real-life world,” he said.

The High Court judge said that a lot of children have become obese, sick and face eyesight problems with the sedentary life at home in the past one and a half years.  “So the task of teachers now is not just intellectual and cognitive development of students, but physical development as well,” he said.

Saluting the efforts of the teachers to keep the students engaged in the past one and a half years, Justice Devan Ramachandran said that their task as always is to make the students intellectually fearless. Quoting Rabindranath Tagore, Swami Vivekanandan and from the Bible, he stressed on the need to shape the character of the children. “Prepare the youth for the future. If you lose money you can regain it but if you lose character everything is lost,” he said. “This is beyond the scope of Artificial Intelligence,” he added.

A total of 70 principals and managers from 55 CBSE schools in the Central Kerala region attended the two-day anniversary conclave of Kochi Metro Sahodaya which concluded on Saturday evening.

Kochi Metro Sahodaya president Dr Deepa Chandran said on the occasion that preparations have been completed for the safe reopening of schools under the Sahodaya. “The classes will be a mix of online and offline modes initially and the empowerment programs for the teachers have been completed. Counsellors have also been deployed taking into account the mental pressure on parents and teachers during the transition,” Dr Deepa said and added that initially school buses will be plied in the main routes.

In the academic session held in the day, CBSE Academic Director Dr. Joseph Emmaneul spoke online on the examination reforms introduced by the CBSE and clarified doubts of the delegates.

Magician Gopinath Muthukad made a motivational speech on how to make effective communication. In the concluding session in the afternoon, MySkillsSchools Global Digital Transformation Leader Prasanth M J made presentations on using Artificial Intelligence (AI) in the education sector for better outcomes.

“The opinions and suggestions agreed upon at the meeting on the reopening of schools following Covid-19, would be submitted to the authorities,” said the Sahodaya general secretary and Toc-H Public School, Vyttila, Principal Juby Paul. The meeting also discussed the action plan for the second year of the Sahodaya. Vice-presidents of the Kochi Metro Sahodaya A Chenthamarakshan and Fr Varghese Kachappally said that the Sahodaya aims a more creative and active action plan in the wake of the challenges posed by the pandemic. M M Kabeer, Anilkumar, Joint Secretaries of Kochi Metro Sahodaya, Vinod Nair, Academic Coordinator, Jayaprabha and Mary Sabu, Excom Members also spoke on the occasion.