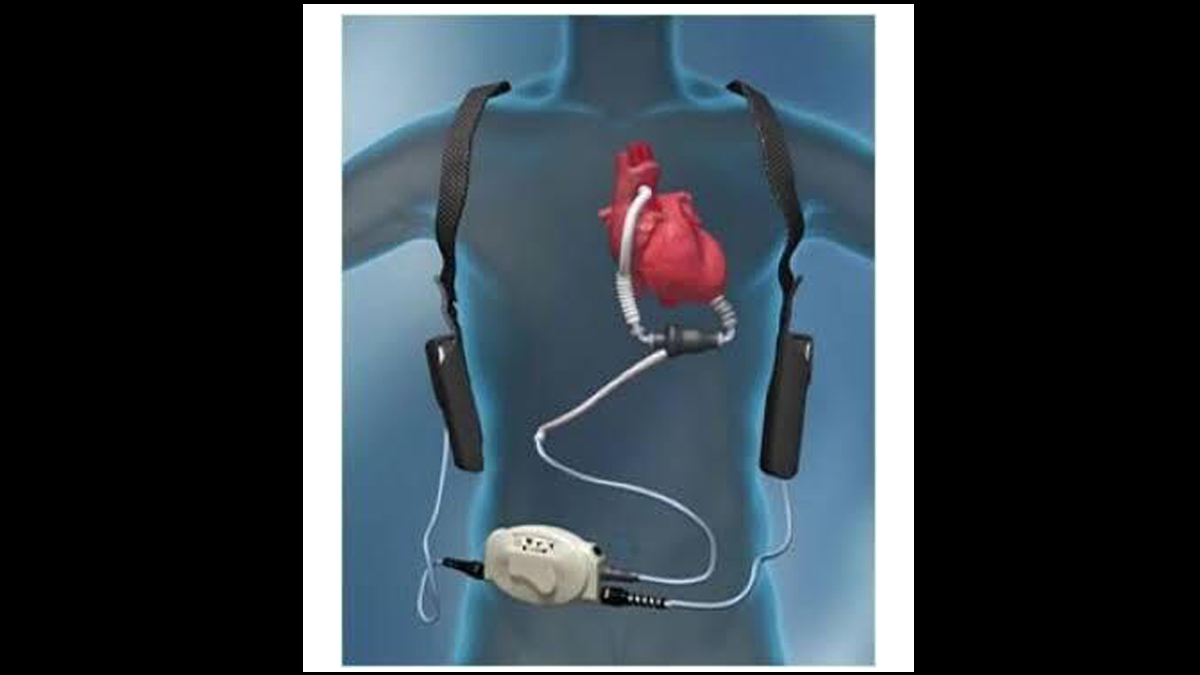 The Cardiothoracic surgical team at VPS Lakeshore has successfully performed Kerala’s first artificial heart implantation in a 61 years old female patient. The patient who has been undergoing treatment for Dilated Cardiomyopathy (DCM) for the past six years, was admitted at Lakeshore with cardiogenic shock, breathing difficulty and hypotension on 13th September.

The patient’s condition deteriorated with ongoing heart failure with fluid in the lungs (pulmonary edema) and was shifted to ventilator support. She had renal failure and was on continuous renal replacement therapy, had increased liver enzymes due to congested liver, and with multiple supports to maintain the Blood Pressure. Her condition worsened till the option of VA ECMO was suggested by the treating doctor.
She was initiated on VA ECMO on 16th and was sustained on it for twenty days. The kidney and liver functions were brought back to normal yet cardiac function was just ten percent, which was too low to wean off VA ECMO  at end stage heart failure.

Even though the only option to bring her back to life was a Heart Transplant, which needs a donor heart and an unpredictable waiting period. To continue on VA ECMO longer has its own complications and to find a donor in such a time span was impossible, the doctors decided to implant LVAD, an artificial heart.   With the family’s consent, the doctors performed a nine hours long extremely rare surgery which saved her life. Now the patient is safe and sound, she has started taking orally, and is in the recovery phase undergoing rehabilitation. LVAD is a complex and rare procedure which needs good expertise and only few centres in India are doing it at present. The device implanted on her is HeartMate 2 ( second generation ventricular assist device). As per the medical team, she can live an improved, long, and normal life with this support.

“As organ donation is in a plateau phase in Kerala ventricular assist device (artificial heart ) is a boon in the present scenario as a bridge to transplant as well as destination therapy”, said Dr. Sujith D S, Cardiothoracic Surgeon, VPS Lakeshore Hospital Kochi.
Along with Dr. Sujith, Dr. Anand Kumar V (Cardiologist), Dr. M S Nebhu ( Cardiac anesthesiologist), Dr. Sandhya, Mr. Suresh (perfusionist), Mr. Geo (perfusionist) and a team of 20 staff were involved in the surgery and management of the patient.

LVAD
The Left Ventricular Assist Device or LVAD is an advanced and unique mechanism designed to aid patients suffering from heart failure. This mechanical pump is implanted in patients which helps the bottom left chamber of your heart (left ventricle) pump blood out of the ventricle to the aorta and the rest of your body.