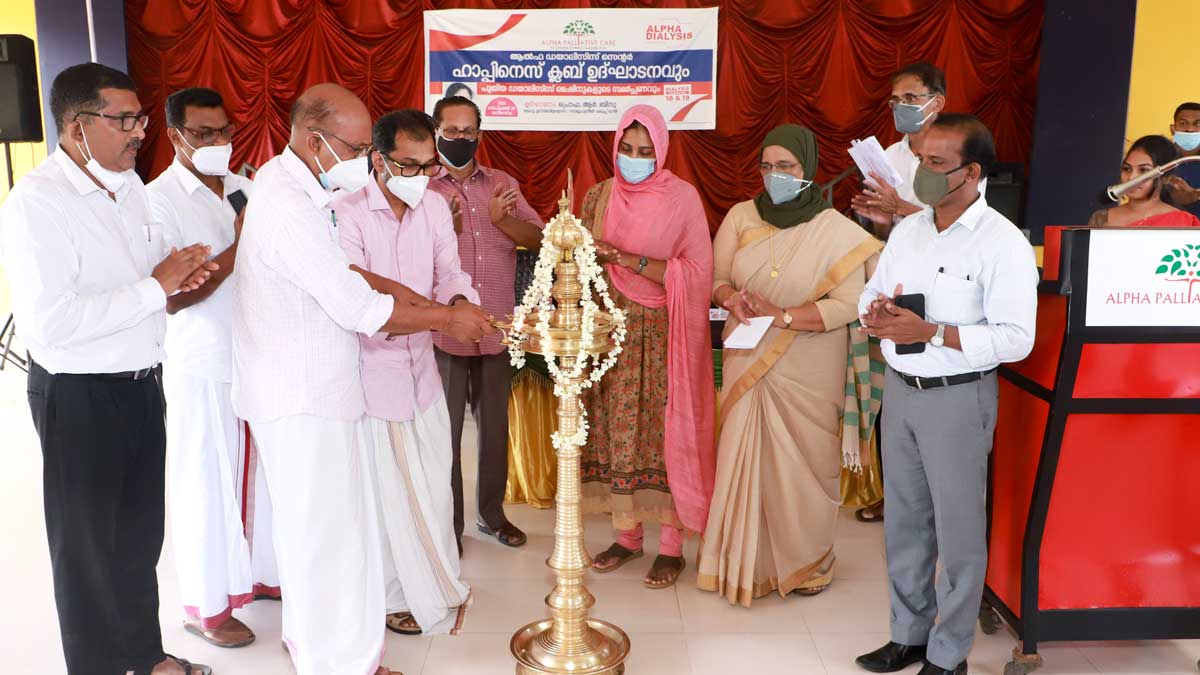 Edamuttam-based Alpha Palliative Care, one of the largest palliative care chains in India, has launched a Happiness Club aimed at the comprehensive care of those who depend on dialysis through the centre. The club was inaugurated on Friday by P M Ahmed, Chairman, Thrissur District Panchayath Welfare Standing Committee. He also inaugurated two newly set up dialysis machines at the centre, taking the total number of dialysis machines at the centre to 19. In his inaugural speech, Mr. Ahmed said even a single glance at the faces of those who depend on dialysis for life will reveal how deep is both the physical and mental agonies they are undergoing. “So, helping them get free dialysis gets an additional value through the smiles spread through Happiness Club,” he said. In his presidential speech, K M Noordeen, Alpha Palliative Care, said Alpha currently gives nearly 1400 dialysis every month free of charge for the needy and aims to take this figure to 2500, with the help of 32 machines. “The Happiness Club members will have 2500 members comprising those who contribute Rs.12,000 each every year as dialysis sponsorships,” he said.