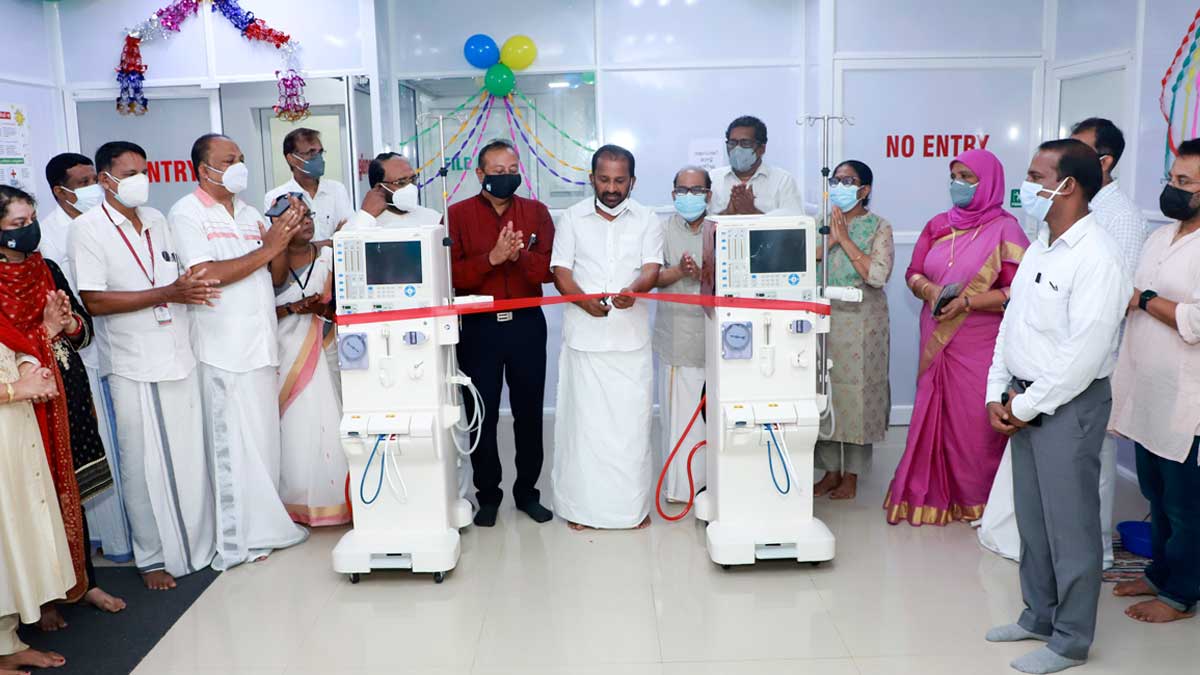 T N Prathapan MP said kidney patients are among the most who suffer in our society and any effort offered to help them is divine. He was speaking after inaugurating the function to dedicate two newly installed machined dialysis machines at Alpha Palliative Care Centre in Edamuttom, 30 kms from here. These newly installed machines are proof enough that many of such social requirements can be met with the help of the privileged. Earlier, the machines were handed over the centre by their two sponsors including C V Rappai, Director, NORKA Roots and his wife Sherly Rapai; Asok Pillai, President, Dubai Cochin Empire Lions Club and David Varghese, Charter President.

K M Noorden, Chairman, Alpha Palliative Care said the new machines took the total number of dialysis machines to 17. Currently, more than 1000 dialysis per month are done at Alpha and with the new machines, these can be increased to around 1300 dialysis per month. “Still, there are nearly 60 patients in the waiting list at Alpha alone for dialysis. This is the case in this region alone and the country in general increasingly requires more dialysis machines as the population of senior citizens are on the rise,” he said. The population of senior citizens in the country are estimated to increase up to 31.9 crore from their current strength of nearly 10 crores. Mr. Noorden said many of those senior citizens would be needing dialysis and it poses a big challenge to the country’s healthcare system. “Considering these, many of those privileged should come forward and contribute more dialysis machines across the country,” he said.