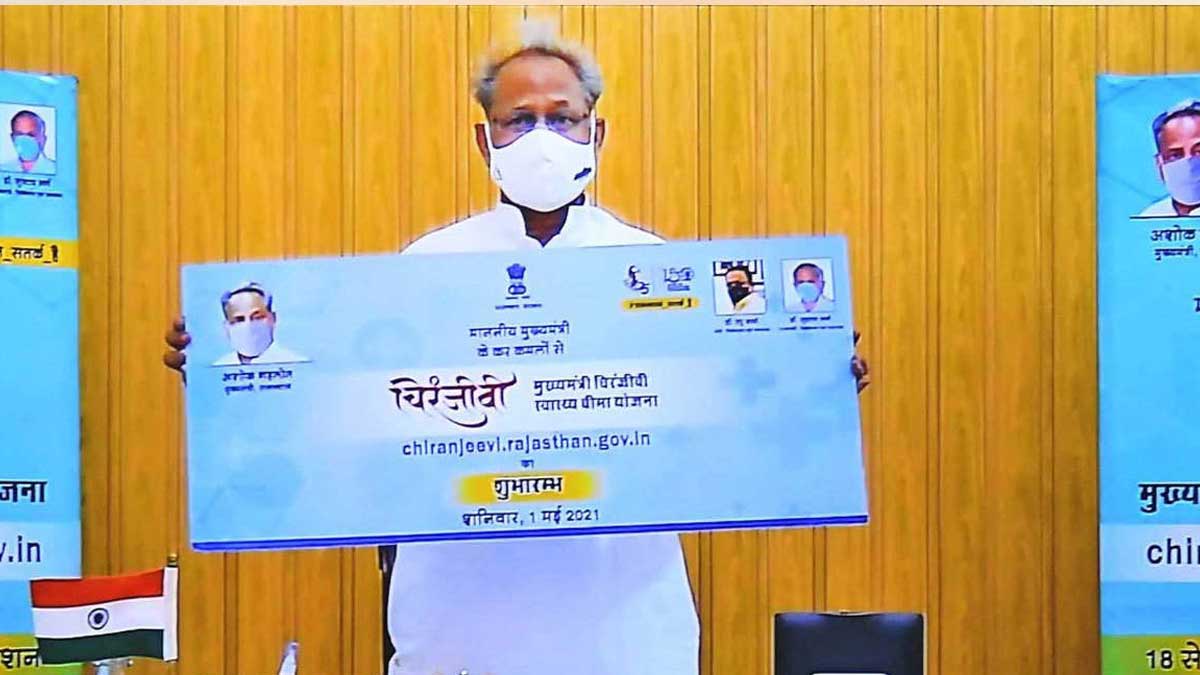 In less than three months of its launch, the MukhyaMantri Chiranjeevi Swasthya Bima Yojna of Rajasthan Government has benefitted more than 1.2 lakh people of Rajasthan. The scheme arrived in time when the nation was struggling with the second wave of COVID pandemic and the cashless treatment facility has helped lessen the pinch of treatment expenditure for many. the MukhyaMantri Chiranjeevi Swasthya Bima Yojna has already registered more than 1.3 crore families that are nearly 80 per cent of the state population.

“Chief Minister of Rajasthan Shree Ashok Gehlot has given the vision of Nirogi Rajasthan, and the flagship Mukhaymantri Chiranjeevi Swasthya Bima Yojna is a major achievement in the direction. Rajasthan Government priority is to ensure that all citizens of the state can avail free treatment at a hospital near them” said Aruna Rajoria, CEO, State Health Assurance Jaipur.

The insurance scheme is acclaimed as the most affordable health policy by offering cashless annual insurance cover of up to Rs 5 lakh for all citizens of Rajasthan for premium as low as Rs 850 per family, while registration under the scheme is free for families included in the state National Food security act, Social-economic survey 2011 beneficiaries, COVID19 Ex-gratia list, contractual workers and small and marginal farmers.

Mukhaymantri Chiranjeevi Swasthya Bima Yojna has empanelled more than 450 private and 756 Public hospitals to extend the services to the betterment of the people. The state government has also been continuously expanding its ambit of procedures covered under the scheme and included mucormycosis (black fungus) treatment as the number of related cases shot up during the second wave.  The scheme though has also face initial challenges as many reports of non-compliance by private hospitals have been received by the state government. The government has thus established a 24×7 call centre answering every call and complaint. Nodal officers have also been assigned to every zone so that every complaint is resolved and registered beneficiaries receive due benefits in empanelled hospitals.

The State government has made this provision that if any empanelled hospital has taken money from any beneficiary of the scheme in the treatment relating to covid-19 and mucormycosis (black fungus) in the second wave, it will be returned to it.