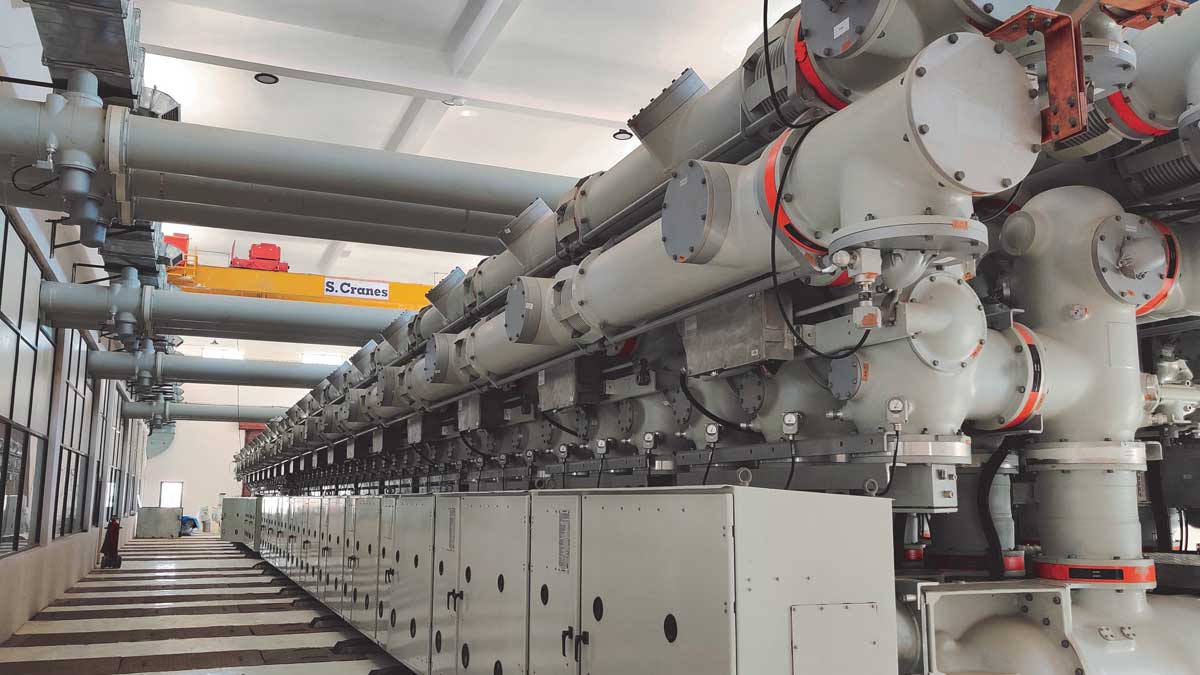 Godrej & Boyce, the flagship company of the Godrej Group, announced that its business Godrej Electricals & Electronics’ Power Infrastructure and Renewable Energy (PIRE) arm, has secured an order for one of Mumbai’s most prestigious power transmission projects. The project is worth over INR 100 crores for construction of a greenfield 400kV Gas Insulated Switchgear (GIS) Substation in Vikhroli along with a 400kV bay extension in Kharghar. With this order, G&B has expanded its portfolio to include large private utility players in the EHV substation projects, thus enhancing its role as an EPC player for both Govt and private players.

The project is for developing Mumbai’s first ever 400 kV substation facility. This project is critical to the city of Mumbai as the existing capacity of transmission corridor is not enough to further transmit power into the city that never sleeps. This project would enable additional power to be brought into Mumbai and would thus help in meeting the future demand of the city. On its completion, it would add 1500MVA transformation capacity to the city.

Commenting on the order, Raghavendra Mirji, Senior Vice President & Head – Power Infrastructure & Renewable Energy (PIRE), Godrej Electricals & Electronics said, “Godrej & Boyce has always been committed to providing critical infrastructure to power the nation in its progress. Our foray into the Power Transmission business began in 2010 and since then we have built and commissioned 30+ EHV substation projects and more than 300 kilometres of transmission lines up to 400kV. By FY23, Godrej’s Electricals & Electronics PIRE aims to grow to more than INR 1000 crores in the domestic T&D sector and capture 25 % market share in the addressable market. This landmark order from one of the country’s largest power transmission companies is proof of their trust in our engineering expertise. We hope to build on this newly forged relationship and contribute toward the larger goal of powering not just Mumbai, but other cities across the country.”

Godrej & Boyce has been one of the pioneers in manufacturing and delivering a range of equipment, solutions and services aimed at driving efficient energy management across the industry value chain. Godrej Electricals & Electronics, a business of Godrej & Boyce, has successfully commissioned several EHV substation projects and transmission lines up to 400kV across all territories in India. They further aim to expand to megawatt scale solar projects to contribute towards making a greener India. Over the years Godrej Electrical & Electronics has established itself as one of India’s most trusted EPC company in Power Transmission and Distribution segment.