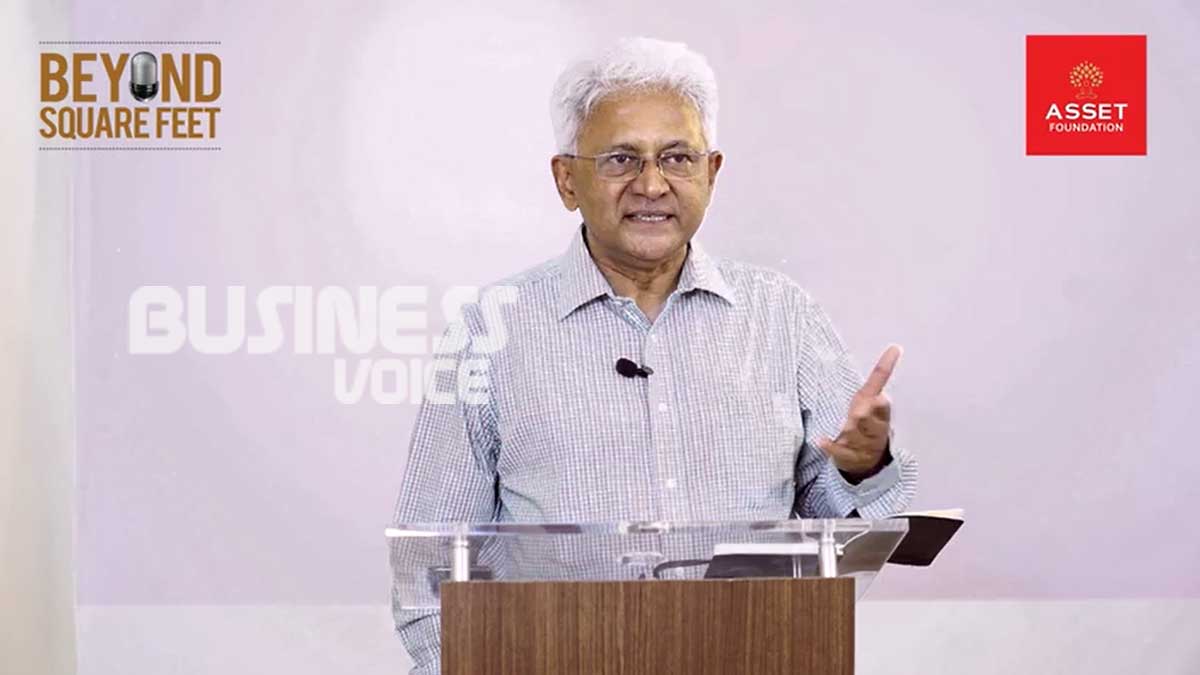 Delivering the 19th edition of the ‘Beyond Square Feet’ Lecture organized on the World Environment Day by Asset Homes here, Mr Balagopal said that time has come to promote the unique homestead farming, which not only sustains the rural population economically but also finds a way forward for better protection of the environment.

He said that we are living in an age when increased urbanization has created enough and more problems and challenges. “India has currently 60 cities with more than one million population and this number is increasing due to rapid urbanization. People are in the habit of moving from rural to urban areas in search of livelihood.  Therefore, our task is to promote rural livelihood and rural employment. When such initiatives become community-oriented, they become all the more vibrant. Homestead farming is community-oriented,” said Mr Balagopal.

Mr Balagopal said that homestead farming reverses the thinking that fragmented landholdings are unsustainable. “An Amul model is already there to make it sustainable not only by procuring the product but also supporting the farmers in various ways,” he said adding corporate farming, on the other hand, would complicate issues. Both corporate farming and monoculture in large tracts promote the use of chemical fertilizers and pesticides, he pointed out.

Mr Balagopal said that the Anaha Trust piloted by him and his wife is now focusing on promoting homestead farming in the Wayanad district which is considered a biodiversity hotspot in the country. “All economic activities are leaving an environmental impact not only on Wayanad but everywhere and by planting more crops we can offset that,” Mr Balagopal added.

“Homestead farming involves a variety of farming practices including agriculture, poultry, and dairy and these should be called homestead enterprises which are propped up by family labour and not hired labour. A student in the home will play a supportive role and a homemaker too plays a key role in this enterprise,” Mr Balagopal said.

He said that Anaha has created a producer aggregator platform for the smooth flow of products in limited quantities from individual producers to the consumer so that they get the right prices and the A-Hope mobile platform has been made to support it. “We have tied up with an organization called mByom led by Ajit Mathai for the project in Wayanad and it’s giving some encouraging results,” he said.

Mr Balagopal said post the pandemic, the disintegration of workspaces into work from home has shown disintegration makes more economic sense not only in IT but in other sectors too. “Homestead farming finds its space here too. There are concepts like tree mortgage to support homesteads,” he said, adding LSGs, research institutions, banks and the government should come forward to support homestead farming. Sunil Kumar V., Managing Director, Asset Homes also spoke on the occasion. Asset Homes has been organizing Beyond Square Feet lecture series thrice every year on world environment, water and habitat days.