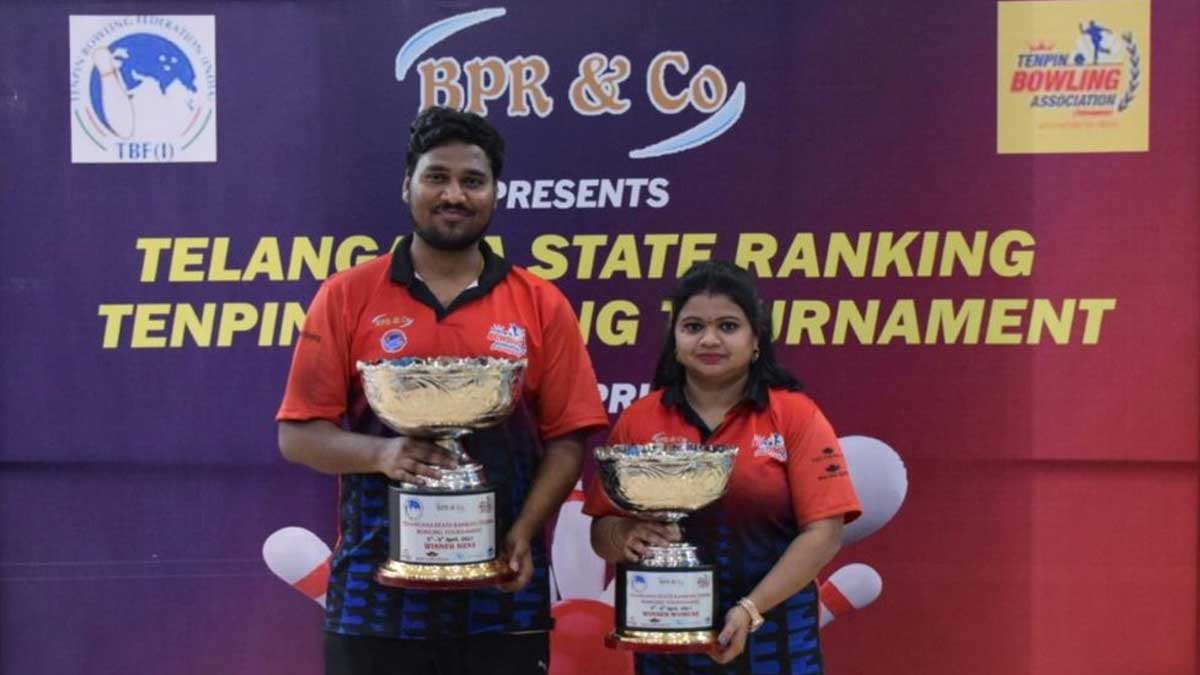 In Finals played based on best of three games format, Afsar played steadily and won the first game 196 – 182. In Game 2, Kiran fought back scoring 176 as against 164 scored by Afsar.

“Telangana State Rankin Tenpin Bowling Tournament has given a great platform for all the bowling players in Hyderabad. We had a phenomenal finale in which all the players participated with a competitive spirit.  Despite the covid situation, we have ensured to take every safety precaution and conduct this tournament. It was very difficult season this year considering the restrictions, however the participants have shown that nothing can dampen the spirit of bowling amongst them and this paved for a safe and secure tournament this year. We believe that bowling enthusiasts in Hyderabad and Telangana continue to extend the love for bowling in the coming tournaments as well”, says Rahul Reddy, President of Tenpin Bowling Association (Telangana).

Total of 47 Men and 10 Women participated in the Tournament.