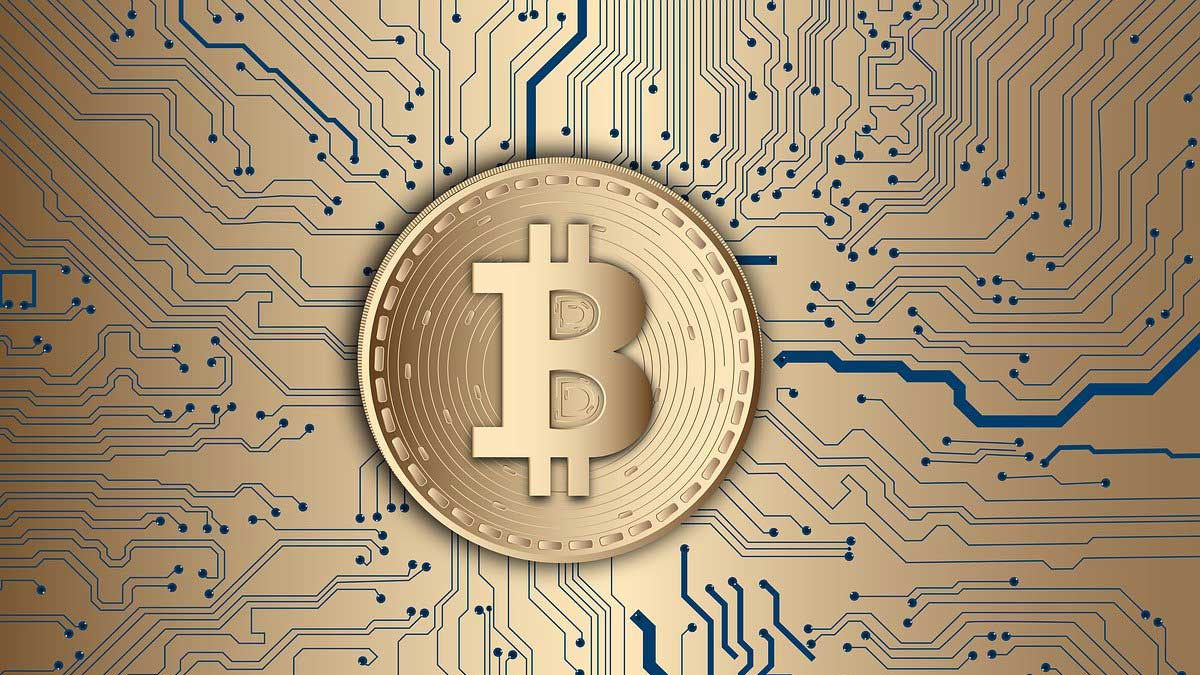 Cryptocurrency, blockchain, crypto exchanges, initial coin offerings (ICO) are the buzz words which have gained increased attention of the media and online forums as well as retail investors, at the same time only a small percentage of people understand the system and know how to operate it. In this article, we discuss about cryptocurrency and various aspects relating to it.

Popular since a decade, cryptocurrency is actually a product of years of progressive thought process and research to radically change the intrinsic features of the world’s centrally controlled economy.

Cryptocurrencies are virtual currencies or digital assets that use cryptography, an encryption technique, for security. Cryptocurrencies leverage on blockchain technology and are decentralized. They are used primarily to buy and sell goods and services. Cryptocurrencies does not possess intrinsic value and are not redeemable for another commodity. Unlike traditional currency, they are not issued by a central authority, like RBI, and are not considered legal tender. In other words, it is a Peer-to-Peer System that enable anyone anywhere to send and receive payments.

History of Cryptocurrency and the trajectory

While Bitcoin is the first established cryptocurrency, there were attempts before to create online currencies with secured encryption. Way back 2005, B-Money and Bit Gold, which were formulated but never fully developed.

The real identity of the person behind Bitcoin is still a mystery till date. It all started when Satoshi Nakamoto – it is still unclear if this was a group of people or an individual – posted a paper titled ‘Bitcoin – A Peer-to-Peer Electronic Cash System’ in a forum discussing Cryptography where they proposed for an electronic payment system based on cryptographic proof instead of trusted intermediaries.

In 2009, the Bitcoin software was made available to the public for the first time and mining – the process through which new Bitcoins are created and transactions are recorded and verified on the blockchain – begins. From then onwards it is estimated that around 8600 cryptocurrencies (popularly known as ‘altcoins’) are in circulation worldwide and traded across hundreds of Crypto Exchanges also. Most popular cryptocurrencies are Bitcoin (BTC), Ethereum (ETH), Binance Coin (BNB), Tether (USDT), Litecoin (LTC), Cardano (ADA), Ripple (XRP) based on their market cap.

Apart from Cryptocurrency Exchanges, there are about 14,000 ATMs worldwide spread across around 75 countries wherein customers can buy and sell Bitcoin and other popular crypto coins using debit/credit cards

According to CoinMarketCap.com, which is a most referenced price-tracking website for crypto assets, the total market cap of Cryptocurrencies worldwide is about $1.50 trillion, with Bitcoin holding around 60% market share.

Positives and Negatives of Cryptocurrency

Cryptocurrencies like Bitcoin are yet to gain traction as a currency but have evolved as an alternate asset and a hedge against inflation similar to gold. This is because most, but not all, cryptocurrencies are characterized by finite supply having their ‘source codes’ contain instructions outlining the precise number of units that can and will ever exists – like, there are only 21 million Bitcois released in the world.  Apart from retail investors, institutional investors and the likes of Elon Musk of Tesla have shown interests in investing heavily in Bitcoin.

The positives of cryptocurrencies are their round the clock accessibility even with a smartphone which enables one to access their finances and makes decisions in real time and also the transparency it offers being stored in an open ledger or blockchain. Also, as it is self-governed and decentralized which keeps the currency monopoly free unlike which are controlled by central banks.

It is also a cost-effective mode for fund transfer, be it international or domestic as it does not require a third party, like VISA or PayPal to verify a transaction – which in-turn lowers transaction costs.

This feature is often considered as a disadvantage also as the cryptocurrencies may be used for illegal or shady transactions. Any government will find it difficult to track any user by their wallet address owing to the high-level privacy and security associated with the transaction.

From a technological experiment a decade ago for use as an alternate medium for daily transaction to circumvent the traditional banking after the meltdown of 2008, cryptocurrency, mainly Bitcoin, is now considered as an investment option by the majority of its users. Many crypto exchanges are now offering 24×7 online platform to buy, sell, or, exchange cryptocurrencies for other digital currency or other traditional currency, or, convert cryptocurrencies into other cryptocurrencies. Coinbase, Binance, HBTC, Dsdaq, Hydax Exchange are few to be named

In India, WazirX, CoinDCX, Zebpay, CoinSwitch are the popular crypto exchanges providing services to its customers.

It is estimated that there are around 1000 crypto exchanges world-wide and almost every exchange is subject to government anti-money laundering regulations, and customers are required to submit basic KYC documents while opening the account

Cryptocurrency is not a legal tender in India nor it is regulated by the RBI. Despite this fact, it is gaining grounds in India owing to its speculative gains, inherent security, easy to use and universal recognition.

In April 2018, The Reserve Bank of India banned banks and financial institutions from ‘dealing with or settling virtual currencies’ which led to the closure of the crypto exchanges in India and few moved out of India. However, in March 2020 the Supreme Court of India set aside RBI ruling and thus buying, selling or exchanging cryptocurrencies are not illegal as of now, even though it is not a legal tender. Cryptocurrency enthusiasts in India are waiting for the government decision on the recommendations by the high level Inter-Ministerial Committee. Also, are in the news is about RBI plans to launch its own digital currency.

Due to their political independence and essentially impenetrable data security, cryptocurrency users enjoy benefits not available to users of traditional currencies

One can buy, sell or exchange cryptocurrencies through legitimate crypto exchanges or using crypto wallets.

Cryptocurrencies are been around one decade and withstood two global recessions. Investing in major Cryptocurrencies like Bitcoin, Ethereum, Tether, etc. looks lucrative as an alternative asset class, but it is important to understand the risk elements too. Investing in cryptocurrencies is not for faint-hearted as it is a high risk – high reward possibility, with no solid fundamentals backing it.

Firstly, Cryptocurrencies are highly volatile and one should be prepared to face dramatic swings in prices. Even the price of most popular crypto, Bitcoin, have seen steep ups and downs over these years. For example, during 2017 price increase of one Bitcoin ranged from less than $1000 to $19,000 and then fell back to $8,000 during mid 2018. Now, recently it touched $50,000 for one Bitcoin. The risk is that the price can touch sky level as well as chances of getting washed away completely are there.

Another risk is about hacking. While it is considered that Cryptocurrencies are highly secured, it doesn’t mean that it is un-hackable. In 2018, hackers hit Coincheck to the tune of $534mn and BitGrail of $ 195mn. Also, some exchanges, like Bitfinex or Mt Gox, have been hacked in the past years and Bitcoin has been stolen in thousands and millions of US dollars. Most exchanges are highly secure nowadays, but there is always a potential for another hack

Cryptocurrency investment can be considered as a diversified investment option and can be a small part of one’s investment portfolio or to put it in another way – one should only invest really what they are willing to loose. Important is to do proper study and research before taking the call as cryptocurrencies are purely speculative assets, atleast for the time being. To mitigate the volatility to an extent, Systematic Investment Plan (SIP), which are offered by some crypto exchanges can also be considered. Attraction is that one can start investment with as little as ₹100.

At one point in the future, cryptocurrencies might become legitimate and accepted widely. But for now, it is better to be more cautious while investing in cryptocurrencies as they are not backed with fundamentals unlike traditional investment options like stocks or mutual funds.

On May 22nd 2010, a young US engineer and crypto enthusiast, Laszlo Hanyecz, purchased two large pizzas swapping 10,000 Bitcoins with another Bitcoin user; today those number of Bitcoins are worth $500 million!! Bitcoin enthusiasts celebrate May 22nd as Bitcoin Pizza Day!

Disclaimer: We are obliged to remind you that all we are providing here is educational material. None of the content shown here constitutes financial advice and should not be taken as such. Always do your own research and consider consulting a financial advisor before making any investment decisions. 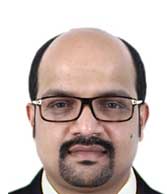 Biju Nair is a Corporate Consultant and MCA-registered Independent Director