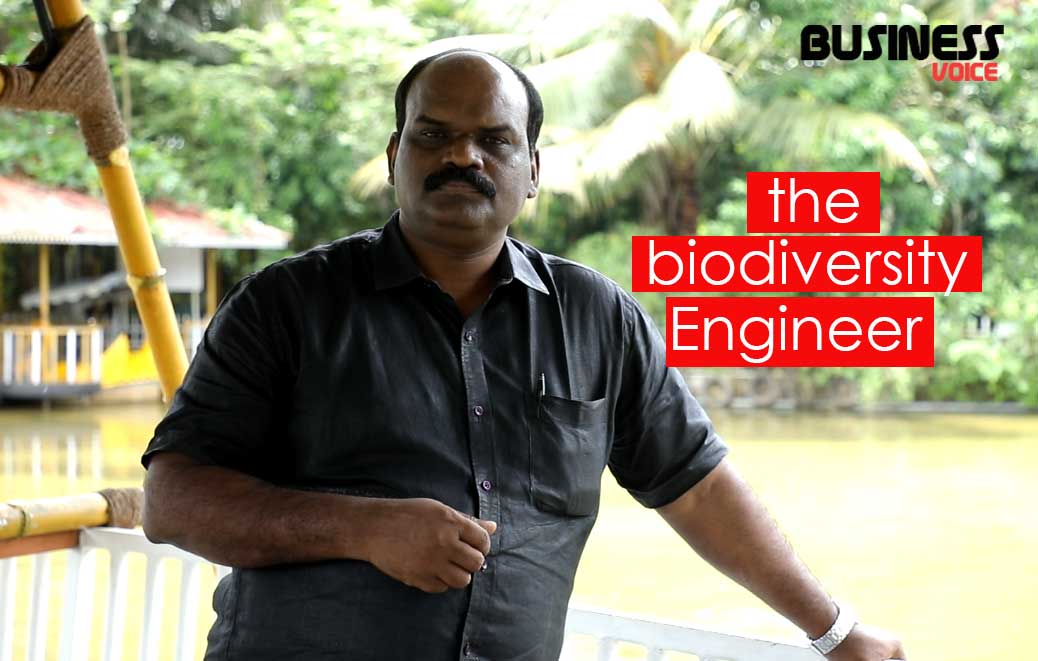 It is the story of an ardent lover of nature and trees, who left a very lucrative Gulf job to start an agriculture theme park at his native Ayamkudy  in Kottayam, to live in commune with Mother Nature. “Vrikshamithra” Nellikuzhi  Kuriakose  Kurian is a phenomenon who planted 4 lakh trees of 4800 varieties  in his 30-acre farm and out of which 101 are  various types of mango trees. His agriculture theme park, Mango Meadows, has a pride of place among India’s 500 man-made wonders listed by the prestigious Limca Book of Records

The way Mother Nature saves our good earth for the wellbeing of its dear occupants is amazing.  One of the ways, no doubt, is engaging some good souls who literally live for the welfare of the universe.  They religiously protect the bio-diversity of the world to ensure the existence of not only every being on earth but also of the nature itself. One fine example for this is the incomparable work of the most respected Sundarlal Bahuguna with his Chipco Movement in Uttarakhand. The world gratefully acknowledges his efforts to save its greenery and beauty from the axes of the enemies of nature. The world has so many like him who have fully devoted their lives to save our beautiful planet. There are also some others who believe in live and let live.

In Kerala , there is  one person who belongs to  the second category of nature’s soldiers , Nellikuzhi  Kuriakose Kurian, an engineer  by  profession, who left a very lucrative job in the Gulf for a life in commune  with nature in his native village Ayamkudy  in Kottayam  district.

Of late, Kerala has been fast losing its old world charm with its quiet and beautiful villages turning   townships one by one with most modern facilities.  Kurian feels it is saddening that the authorities while giving more importance to infrastructure development are completely forgetting our nature, environment and the future generation.

He decided to set up an agriculture theme park at his village that will have every available plant.e named it  Mango Meadows  He named it Mango Meadows.  It is situated at the upper Kuttanadu village Ayamkudy, a small village on the Ernakulam- Kottayam route near Kaduthuruthi .

Travel the road, bordering   paddy fields, for about two kilometres inside and you are at the gate of Mango Meadows. It is a different world altogether with full of trees making canopy over your head, lush green meadows , cattle farms, huge fishponds, coconut, jackfruit  and banana plants waving their leaves in the gentle wind, well equipped small nature-friendly  cottages, well  laid-out pathways,  typical  village eateries  and entertainment spots.

Mango Meadows is the result of my hard work for the last 20 years. Such an effort may be impossible for anyone now. Everyone has a space in Mango Meadows. Usually, in amusement parks women are just spectators of their children’s fun, but here it is not like that. They have their own space here. Same is the case with differently abled and aged people. Everyone has the opportunity to engage and enjoy here

Kurian started this project in 2002-03 with a huge fish pond and an agriculture farm. Now this is a well-developed 30-acre green land completely cut off from the crowded outside world.  It is said to be the biggest man-made agriculture theme park in the world.

The idea of an agriculture farm back home entered Kurian’s mind while working   in Saudi Arabia as a civil engineer. He was only 26 years old then. His desire gained strength after a visit to a luxury tourist resort near Al Turf village amidst the desert on the Saudi-Qatar border.  It is a beautiful green patch called Masra in the desert, well -landscaped as a holiday resort.  Its incredible beauty and facilities are huge attractions for the rich Arab holiday makers, who frequent the place with family members to enjoy the abundance of luxury with peace.

After saving enough money to buy a piece of land and to meet the initial expenses, Kurian said adieu to Saudi Arabia. His family members and close friends discouraged him, but he was ready to take the risk.

He bought 4 acre land and started tapioca farming and fish farming. The initial harvest from both was encouraging.  But he was unaware of the marketing ways and middlemen failed him offering very poor price for his products.  It disappointed him a little, but he decided not to sell his products, especially fish through middlemen. He used the unsold fish as fertilizer and also decided to market his products himself after making them value-added products in future.  His decision was right as it started paying. Today, Meadows is a super hit project with visitors and buyers of his products. His prices are cost-effective and he ensures he uses only natural fertilisers.

His visitors, apart from holiday makers, are students from different universities; those want to study about the wide range of trees and medicinal plants. He also has a collection of some of the very rare plant species. His proud collection includes Rudraksha ,which is  grown  mainly in  the Himalayas, a plant  of the great  Bodhivriksha , sitting under which Sri Buddha gained enlightenment, shimshipa vriksha  of the great epic Ramayana , and  thiruvattakaya, a big seed shell  with which the Buddhist  Sanyasis used to beg around. However, the most precious among them is Neelakoduveli, the very rare medicinal pant.

There are the 27 janma nakshatra (birth star) trees; each one is named after a particular birth- star according to Indian astrology. Each plant here carries its name and description about it. There is also a Sarpakavu (a small forest temple for snakes with a traditional stone lamp (which were once part of every house in Kerala. Snakes were adored considering them as protectors of that particular family and its properties).

Kurian respects all religions. The Meadows has a Mosque, a huge statue of Sage Parasurama, who is   believed to be the creator of Kerala, the God’s Own Country.  The world’s largest statue of Bible is also here. There are, in total, 56 small and big sculptures   here.

There is a huge fishpond spread over 5 acres and there are so many small ponds here to provide water to the agriculture farm. The pond has almost all types of fish and there is also facility for the visitors to feed the fish.

Kurian says he has spent almost Rs 110 crore so far in his dream project. “One could have setup an amusement park for Rs 65 crores. But this is some kind of a destiny for me. “This might be a call of the nature to choose me as a volunteer to conserve it,” Kurian says.

There are over 200 employees and just double of that work indirectly at t Meadows.

Though the focus of the project is a well- managed agriculture theme park, there are so many entertainment facilities that suit all ages and even special need children .The facilities   include a 12 D  theatre, boat rides, both pedal and speedboats, an electric  train, e-buses and e-rickshaws, horse cart and ostrich rides.

A multipurpose convention centre, with theme halls for marriage functions, corporate and board meetings, is under construction.

Kurian is also planning for a wellness hospital that provides high quality Ayurveda, Siddha and Marma chikitsa .There will also be facilities for overseas patients.

To raise funds for all these, he is ready to sell up to 20 per cent shares to like-minded people

“I will try to convince our Prime Minister about the need of such agriculture theme parks in every state for the new generation to know about the importance of protecting nature for our survival,” Kurian concludes. 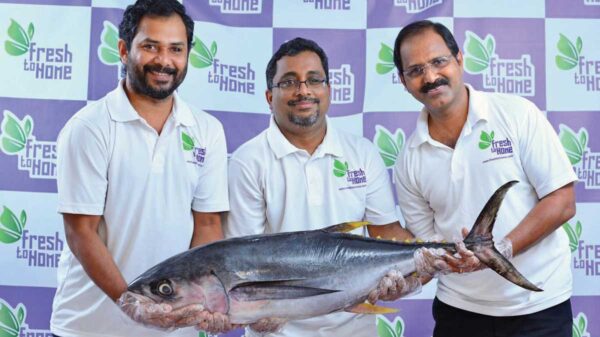 Once an accountant, this Kerala man changed India’s ‘fishy’ business

Mathew Joseph loves the labour of his trade... and it is paying. His startup FreshtoHome is moving on with a target of Rs 1500...