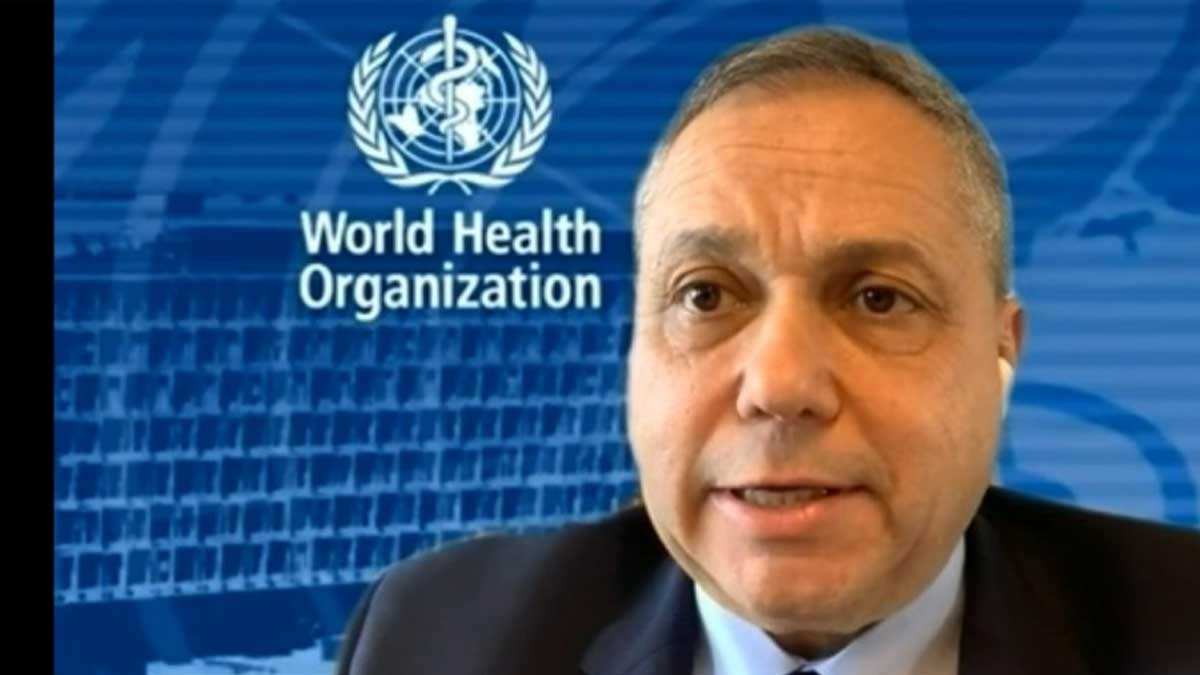 World Health Organization’s (WHO) Assistant Director General Dr Peter Singer today said that ensuring that people in all the countries, both rich and poor, get access to the Covid-19 vaccine would be the single biggest challenge in 2021.

Addressing a virtual international  conference on “Kerala Health : Making the SDG A Reality,”organized by Kerala’s Department of Health and Family Welfare, Dr Singer pointed out that WHO Director General Dr Tedros Adhanom Ghebreyesus had observed that the “world is on the brink of a moral catastrophe” as the vaccine distribution had so far been skewed in favour of high income countries.

Dr Singer, who is also Special Advisor to the Director General of WHO, said hopefully the situation “is quickly correcting now” following the approval of more and more vaccine candidates, including that of AstraZeneca and of Serum Institute of India. He expressed the hope that 2021 would turn out to be the year of “vaccine equity.”

WHO was keen on ensuring equity “among countries and within individual countries” so that Covid-19 vaccines were available to all sections of people as this was crucial to achieving United Nations’ Sustainable Development Goals (SDGs), including Universal Health Coverage.

Acknowledging that all the countries were lagging behind in the matter of SDGs even before the outbreak of Covid-19, Dr Singer said the pandemic had thrown the SDG goals further off-track and it would require a great deal of effort to cover the lost ground and restore and accelerate the momentum on health targets so that the goals could be achieved by 2030 as originally envisaged.

He commended the role of Kerala and India in checking the spread of Covid-19 in the face of several difficulties and said “what we saw was a test of global solidarity” in 2020.

He said there were clear signs of the pandemic receding as the number of recoveries had far exceeded the number of people still affected. Also, the vaccination process was gaining momentum.

Overcoming the pandemic was crucial to achieving the other UN goals such as reduction of poverty, hunger, illiteracy, gender inequality and air pollution, besides ensuring availability of clean water and sanitation. “2022 is hopefully going to be primary healthcare-based recovery,” for achieving SDGs, he said.

As for Kerala, he said tackling the high prevalence of hypertension and diabetes was the challenge in meeting social health parameters. Non-communicable diseases (NCDs) accounted for most of the deaths across the globe, he pointed out.

Speaking on “2021–2030: Challenges in Health Sector & Preparedness,” she said, “UHC goals are achievable only if we care.”

The system should see to it that the out-of-pocket expenses for a patient coming to a primary hospital is brought down to 20 per cent. “UHC is an aspiration which should be taken seriously. No amount of ad-hocism will work as we work towards it,” she said.

Referring to Kerala,  Ms Rao said it is time the state stopped comparing itself to UP and Bihar and tried to emulate what is happening in Japan, Thailand and Germany.

The state has a long way to go. It must recognise that PHC is the key to promoting wellness. PHC is system building and Kerala has made a good start, its Aardram Mission is promising. But more needs to be done. PHC means rehabilitation and doctors must be incentivized to work in them. For that the disparity between a PHC doctor and a specialist doctor should be reduced. The current passive approach of doctors waiting for a patient should change.

Referring to Covid she said the whole world is going through a once in a 100-year mode. Rather than being dismayed “we should see this as an opportunity”.

Mr Rajeev Sadanandan,  Former Additional Chief Secretary, Health and Family Welfare, Government of Kerala,  said the huge prevalence of Non-Communicable Diseases in Kerala will be a real burden for the state. To tackle it conventional strategies won’t work. It is time the state turned to Artificial Intelligence and digitisation to counter the problem.

Another matter of concern is depression, which is almost like an epidemic in the state. Kerala, which had remained complacent in the case of infectious diseases, is now facing threat from leprosy, TB, Malaria and Filaria, he added.

The speakers were part of a panel discussion on day-1 of the five day Kerala Health Conference focusing on various aspects of health system development centred on the Sustainable Development Goals.”