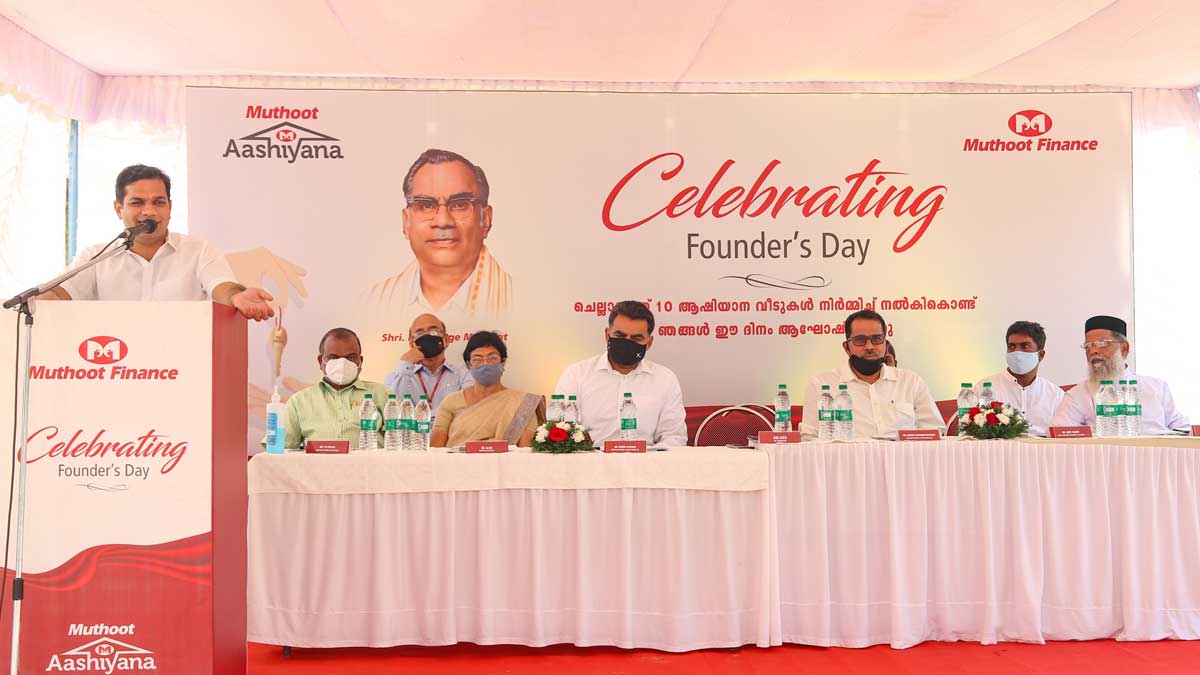 As part of the Muthoot Ashiana project, the keys of 10 houses were handed over to those who lost their homes in Chellanam, Ernakulam. Hibi Eden M.P.donated the keys to the beneficiaries in the presence of George Alexander Muthoot, Managing Director, Muthoot Group and George M. George Muthoot, Executive Director, Muthoot Group. The Muthoot M George Foundation, the CSR arm of the Muthoot Group, plans to build 200 houses to rehabilitate families whose houses have been completely lost through its Muthoot Ashiana project.

The 500 sq. ft. house has 2 bedrooms, hall, kitchen and a common bathroom. Five lakh and sixty thousand rupees was spent on the construction of a house. The company has set aside around Rs 60 lakh for the 10-house project in Chellanam.

We are very proud to be a part of such initiatives that are helping the lives of the people of Chellanam who were devastated by the floods and tides, said George Alexander Muthoot, Managing Director, Muthoot Group. Muthoot Group is a company that has always worked for the betterment of the community and believes that by building a home for a family, the family can be easily brought back to normal life, George Alexander added.

Construction of 200 houses has already been started under the Asiana Housing Scheme, of which 179 houses including those in Chellanam have been completed and the keys were handed over. The company said it would complete the remaining 21 houses by March 31, 2021 and hand over the keys of the total 200 houses.