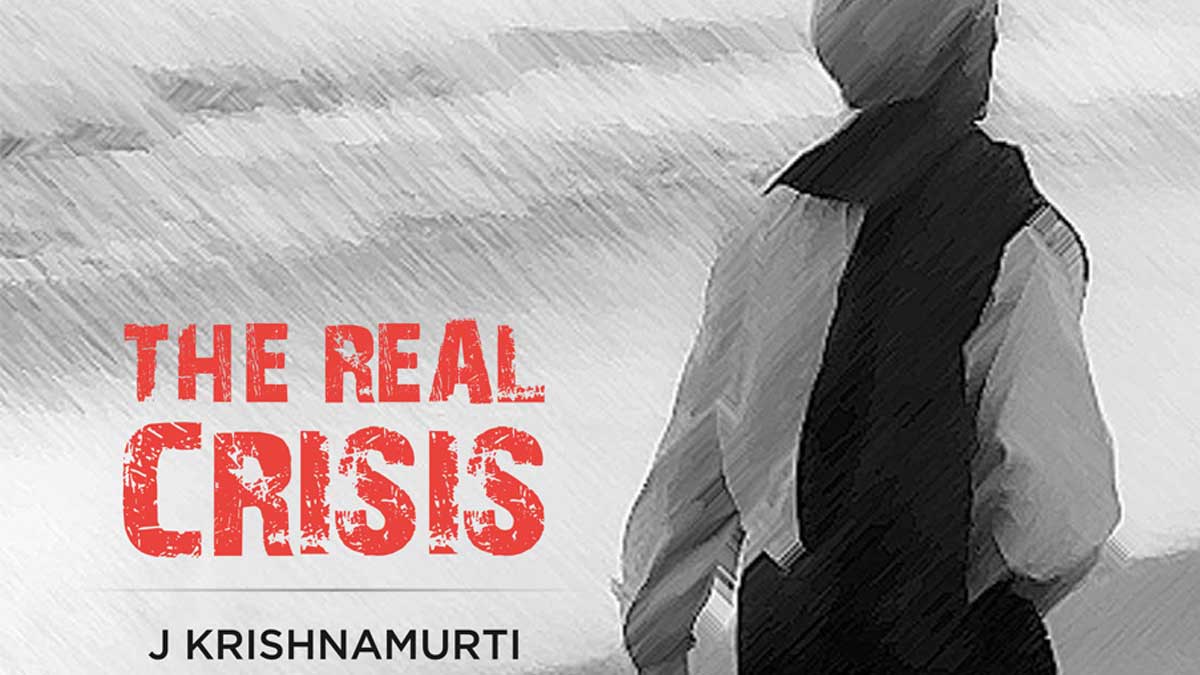 More than six decades ago, J. Krishnamurti laid bare the fundamental causes for deepening societal and individual crises that ravage our world todaybesides illumininga way out of it.

History seems to be the story of man-made catastrophes, and these seem to occur regularly, repeatedly and unfailingly, always taking the world by shock and surprise, disproving all the predictions and promises of the pundits and experts, setting at naught the calculations of the intellect, defying logic and reason, and leaving human beings baffled and helpless.

The latest pandemic leading to a severe global economic downturn and deep continuing social unrest has yet again brought a major crisis to our doorstep. The response, as always, is one of seeking solutions outside of us, be it a vaccine or economic revitalization. And when there is some semblance of ‘normalcy’, we move on to our everyday struggles of making ends meet and striving to get somewhere, as if they were different from the abnormal crisis we have just been through. We rarely question why is it that we find ourselves going from one crisis to another. We never ask whether our present way of living itself is not the cause of the next global crisis. Most importantly, we never ask whether we can ever live without any crisis or struggle.

J. Krishnamurti, one of 20th century’s most influentialof religious teachers,revealed, with great precision, the workings of the human mind which, he maintained, was the cause of all crises. Set in plain English and drawing from ordinary human life, Krishnamurti’s talks, writings, and dialogues bring a daringly original approach to the existential dilemmas that confront us. Through his unique explorations of the human condition, he makes us aware of several fundamental questions, some of which are given in the Real Crisis – Digital Booklet as excerpts from his talks and writings of nearly five decades, covering the years from 1934 to 1985.

One of the questions Krishnamurti asks is‘Why has man, who has lived for thousands and thousands of years, come to such misery and conflict?… If you put aside the easy explanations of over-population, lack of morality—which goes with technological knowledge and this lack of direct communication—what then is the fundamental reason, the fundamental cause of this misery? Why is it that in a country like this that has had the tradition of goodness, kindliness, of not killing, of not being brutal… why is it and whence is it that something has gone totally wrong?’