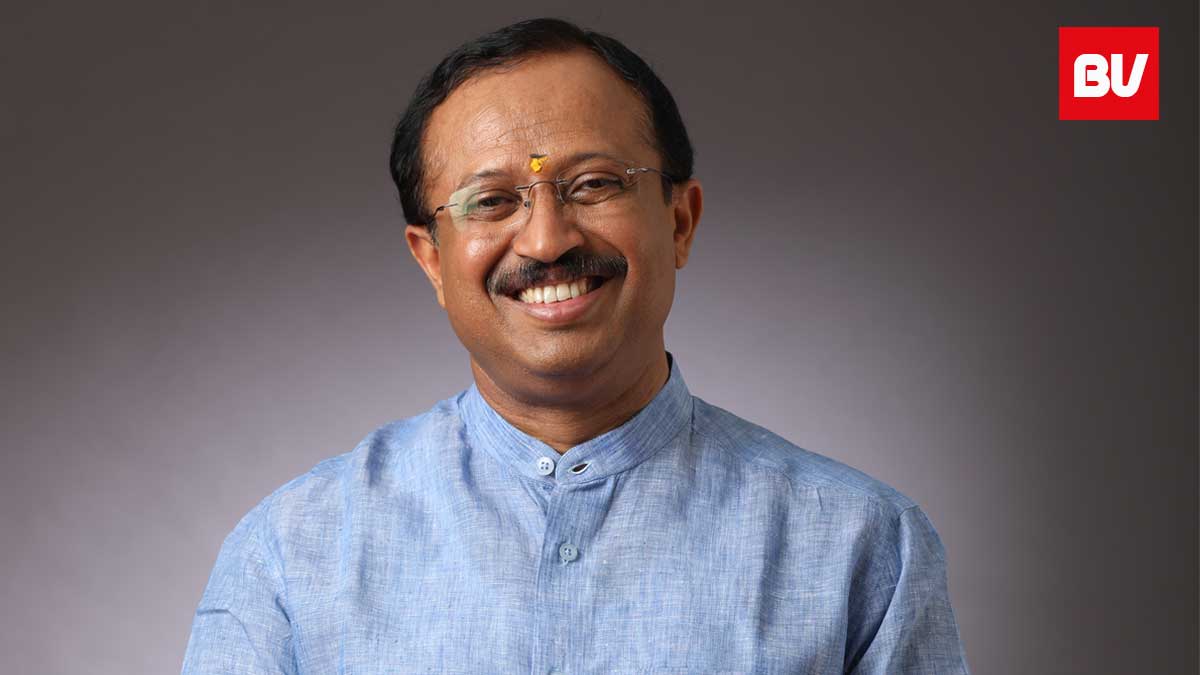 “Atmanirbhar Bharat is India building greater strengths at home to play a more effective role abroad. It is an outward looking approach,” says V Muraleedharan, Minister of State for External Affairs, in an interview with Business Voice. Here are the excerpts

How do you look at the coming back of NRIs to Kerala in the backdrop of Covid-19? What do you think of its economic impact?

Covid-19 has led to economic disruptions globally and caused some distress and difficulties to our people also working abroad and here in India. India has been receiving over $83 billion in remittance transfers; this is impacted to some extent. Now since there is a fair amount of understanding of the virus and its various management protocols, the focus is shifting back to economic recovery. Soon people will see more and more opportunities opening up here in India and as well as abroad. The disruption tested the resilience of societies. Indian diasporas’ role in the growth and resilience of economies in Gulf and elsewhere proved to be remarkable and this is not going to be overlooked while working on strategies for recovery.

In the backdrop of Covid-19, what are central government’s plans to make use of Indian diaspora to survive the present crisis?

Our missions and posts abroad have been extending all possible help to people. Some were provided help locally, for those willing to travel back to GoI launched the Vande Bharat Mission under which as on 15 October, 18.32 lakh Indians have been repatriated through different modes. GOI has also captured skill data of returnees under the SWADES scheme with an aim to match them with industry here for employment opportunities or to re-skill them if required. This is a joint initiative of the Ministry of Skill Development & Entrepreneurship, the Ministry of Civil Aviation and the Ministry of External Affairs. At the height of pandemic, Prime Minister launched a nationwide Garib Kalyan Rozgar Abhiyaan, an  employment scheme for migrant workers with a capital outlay of 50,000 crore rupees to help.

The Government has always accorded a high priority to engage with and ensure welfare of Pravasi Bharatiyas. There have been several initiatives like the Pravasi Bharatiya Divas, PBD Conferences during the intervening period, Know India Programme, Scholarship Programme for Diaspora Children for pursuing Under Graduate courses in Central Universities of India. Prime Minister recently interacted with overseas and resident Indian Researchers and Academicians during the virtual Vaishvik Bhartiya Vaigyanik (VAIBHAV) Summit.

Between January 2019 to July 2020, India received around USD 70 Billion from Institutional Investors, including USD 20 Billion during the first 6 months of this year from across the globe

The idea behind these interactions is to celebrate the success of our diaspora while also inviting them to work in India or with India. In the field of economy, GOI has initiated several transformational reforms which has led to global capital coming to India. Between January 2019 to July 2020, India received around USD 70 Billion from Institutional Investors, including USD 20 Billion during the first 6 months of this year from across the globe. In some of our states, archaic approaches to labour and industry relations  drove investors away.  Our government has tried to address this through the recent reforms in the labour laws.  This is the time for NRIs to invest in India.

How Kerala can make use of Prime Minister Narendra Modi’s Atmanirbhar concept?

Hon’ble Prime Minister had exhorted the nation to convert the current crisis of the pandemic into an opportunity to reinvent ourselves.  India’s self-reliance, Atmanirbharta, would be based on 5 pillars – Economy, Infrastructure, System,

Demography and Demand. The emphasis is on self-reliance, which is essential for India’s global competitiveness.  Recent reforms have to be taken forward to build a self-reliant India.

The corona outbreak had shown us the importance of local markets and local supply chains. The State of Kerala also needs to adopt the mantra of “local” and work towards progress. Kerala has been a pioneer and model in social development and progress, in education, healthcare and in enterprise. Women participate in all socioeconomic developmental activities.  With their forward looking attitude, I am confident; people of Kerala would lead the nation by example in becoming Atma Nirbhar.

Hon’ble Prime Minister Shri Narendra Modi has also served at state level previously. He fully understands the challenges and opportunities of the state leadership personally and first hand.  So, this government has taken several initiatives to better facilitate and hand hold states’ efforts, including in engaging with the world, in furthering economic cooperation.

For instance, a new Division, States Division has been created in this regard.  Through Vande Bharat Mission, the largest number of stranded Indians abroad has been brought home. Kerala is fully part of the national development plans; is well represented at the national level and receives complete support and backing from the Government of India, in all its developmental initiatives.

What do you think of the impact of Agriculture Bill and New Education Policy in India’s transition to a global super power?

Every Indian dreamt of India contributing in global welfare and its emergence as a force of good in international relations. Prime Minister Modi recently gave a shape to this dream in the form of ‘Atmanirbhar Bharat’.  Atmanirbhar Bharat is India building greater strengths at home to play a more effective role abroad. It is an outward looking approach. Recent reforms in the field of education and agriculture, like reforms in all other sectors, are essentially in the service of this objective. New Education Policy ensures equitable access to the highest-quality of education for all learners regardless of social or economic background. By 2030, every district of India will have at least one large multidisciplinary higher education institution. It will further harness the talent of our youth, who would then shape the global workplace.

NEP sets the stage for more collaboration between foreign and Indian universities, allowing us to set the global agenda on education. Similarly, recently passed farm bills will give farmers more choices and chances to seek better technology, better harvest, better markets, and diversified crops. Farmers will be liberated from various constraints and the endemic exploitation by middlemen. These reforms improve the ease of doing agriculture and the quality of life experience of our farmers.  Impact of all this is self evident on global agriculture supply chains and food security.

According to you, what are the diplomatic challenges India is facing today?

Instead of challenges alone, I would like to also speak on opportunities that our diplomacy is set on to realize for India.

A global rebalancing of power is taking place. India’s claim to high table has the widest support today. Except the permanent membership of UN Security Council, India is member of every grouping /gathering of consequence. Our views, voice and involvement is sought more and more. Even at the UN, India’s role and participation is deeply valued in the working of other four functional organs of the UN. We had recently been voted by an overwhelming majority to the non-permanent membership of UNSC.

Pandemic, protectionism and power struggle led to shift in global supply chains. Here also, we have emerged a destination of choice. We provided Covid care medicines to more than 150 countries. The world trusts us. The key task ahead is to revive the industrial base of our country, develop our capabilities. Indian diplomacy of course is called to pursue our interests on issues related to technology, finance, trade, connectivity, data, medicines, and other key industrial materials.

Pakistan has been trying to raise the issue of Kashmir in platforms like NAM? How do you look at this?

Pakistan is extremely busy creating a narrative around Kashmir. Under the garb of providing moral support, they have been misusing Kashmir and Kashmiris to serve their self-serving narrative to keep media attention away from the governments’ failures and Pakistan’s establishment’s misdeeds, including in the areas of Indian Kashmir under its illegal and forcible occupation.

It is Pakistan’s immaturity and this obsession with India, that it, unfortunately, raises non-relevant issues in multilateral forums without giving a thought to the meeting agendas. It should probably also give a thought to the international community’s fatigue of its diatribe and outlandish comments.

There has never been any ambiguity on our stand on Kashmir. Union Territories of Jammu & Kashmir and Ladakh are an integral part of India as per our Constitution. It is, therefore, an issue completely internal to India. In case there are any issues, they shall be resolved bilaterally.

There are arguments that India’s China policy is a flawed one. How do you look at India’s attempts to defend China’s expansionist policies in the last six years?

These agreements were signed in 1993, 1996, 2005 and 2012 to establish CBMs on maintaining peace and tranquillity in the border areas.

However, the actions of the Chinese troops, since earlier this year, including amassing of large number of troops, their aggressive behaviour and attempts to unilaterally alter the status quo were in violation of these bilateral agreements.

We are committed to resolve the outstanding issues along the LAC through peaceful negotiations. The two sides have been engaged through both diplomatic and military channels and have had several rounds of discussions. The Defence Ministers and the Foreign Ministers of the two countries have also had discussions.

Disengagement is a complex process and both sides have agreed to maintain dialogue and communication through military and diplomatic channels to arrive at a mutually acceptable solution as early as possible.

On October 6, a rare diplomatic conference of the foreign ministers of the US, Japan, India, and Australia (Quad) held in Tokyo. What do you think of the potential of Quad to take on the Chinese threat?

QUAD consultations with Australia, Japan and the United States of America are on regional and global issues of common interest. The Quad enables exchange of views on ongoing practical cooperation in the areas of connectivity and infrastructure development, and security matters, including counter-terrorism, cyber and maritime security, and promotes peace, security, stability, prosperity in an open and inclusive Indo-Pacific region.

During the recent Ministerial meeting held in Tokyo, the Foreign Ministers followed up on their discussions in September 2019 and discussed the post Covid-19 international order including increasing the resilience of supply chains; and enhancing access to affordable vaccines, medicines and medical equipment.

India engages with various countries in the region through bilateral, multilateral and plurilateral platforms on issues of common interest. Some of these, like BRICS and RIC have regular Ministerial-level engagement. Our consultations with any/or group of partners is not directed against any other country/group.